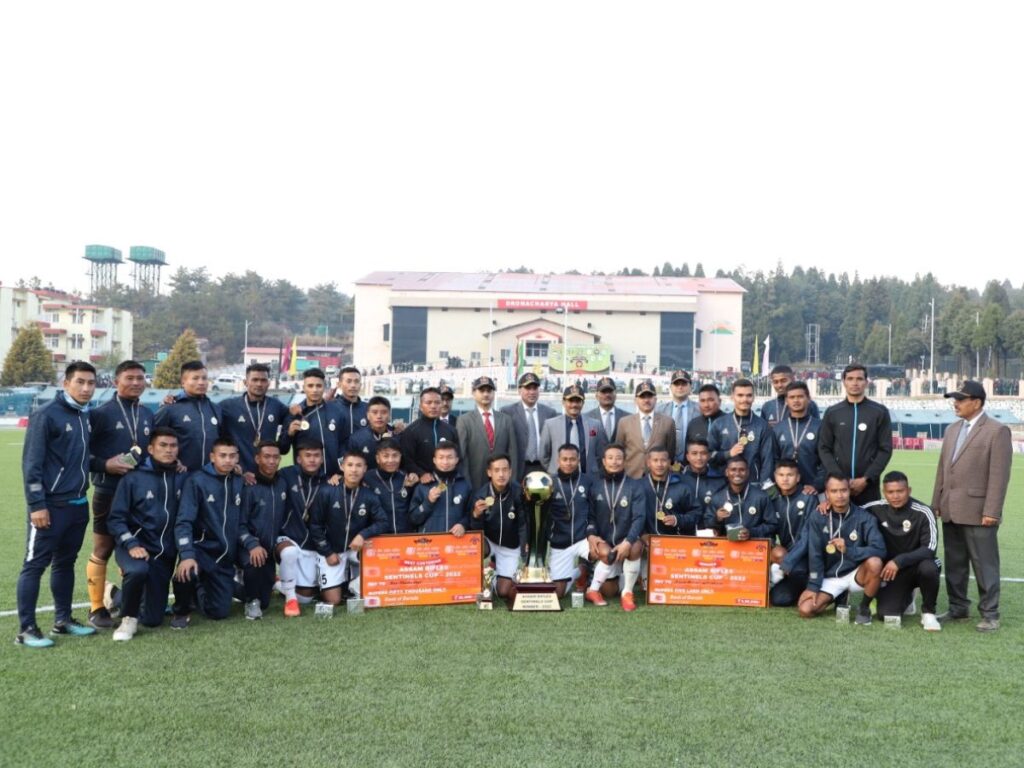 New Delhi (India), December 15: Assam Rifles as part of Azadi Ka Amrit Mahotsav and the Government of India Initiatives of ‘Khelo India Abhiyan’ and ‘Fit India Movement’, organised the first ever Assam Rifles annual football tournament across the football loving states of the North East. Branded as the Sentinels Cup in line with its motto of the Sentinels of the North East, the football tournament comprised of a total of ten teams from Arunachal Pradesh, Nagaland, Manipur, Mizoram, Tripura, Meghalaya, Assam, besides teams of DG AR, 164 Territorial Army, Kohima and 165 Territorial Army, Manipur. The tournament league phase was conducted in Dimapur, Nagaland. The semifinals and final were played at the Laitkor Garrison of the Assam Rifles at Shillong.

The Sentinels Cup was kicked off on 30 Nov 2022 at the Assam Rifles Training Centre and School at Dimapur, Nagaland amidst a grand opening ceremony that was graced by Shri Yanthungo Patton, the Honourable Deputy Chief Minister of Nagaland. After a very exciting competition between the ten teams with few nail biting finishes, four teams to include 165 Territorial Army Team, Hnahthial District Football Association Team from Mizoram, DG Assam Rifles Team and 164 Territorial Army Team qualified for the semifinals that was played at Shillong.