Atul Jain, founder of ModAir Aviation announces the induction of the second aircraft under its wings

Maharashtra 24x7 > Business > Atul Jain, founder of ModAir Aviation announces the induction of the second aircraft under its wings 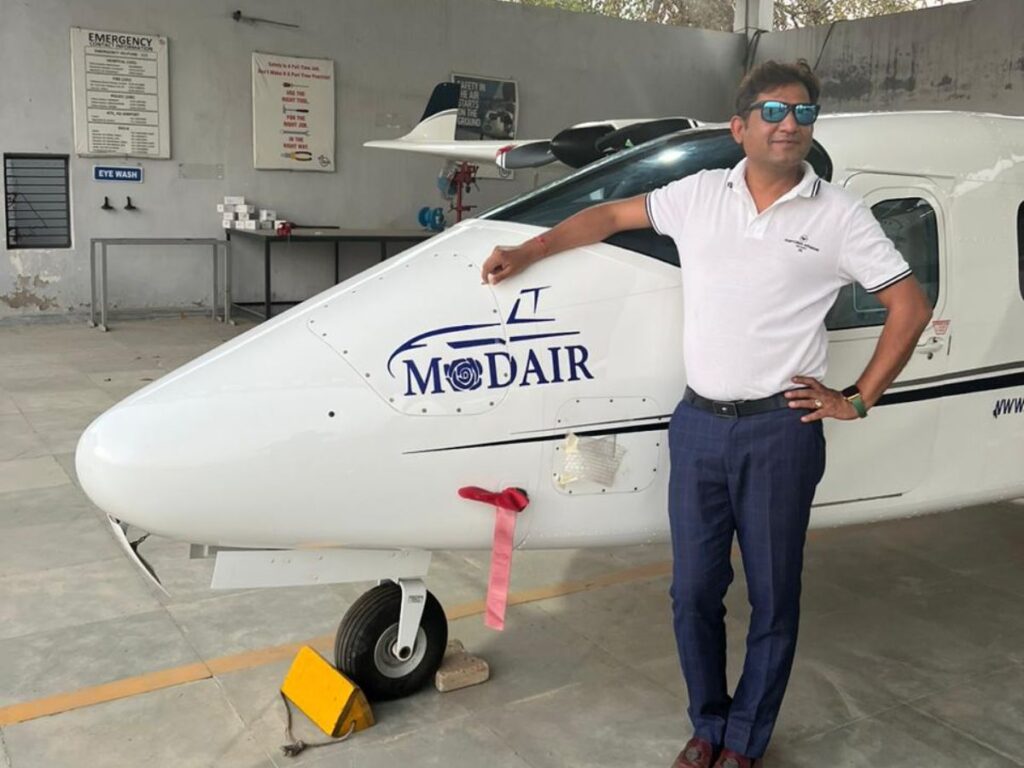 Gandhinagar (Gujarat) [India], December 17: ModAir Aviation is proud to announce the induction of the second aircraft under its wings after Tecnam P2006T. This inducted airplane is Diamond DA40, a flight training four-seater aircraft that touchdown at Ahmedabad. The import of this aircraft is facilitated under the guidelines of IFSC – GIFT City. This aircraft would be leased to an upcoming FTO preparing to commence operations in the Madhya Pradesh state of India. Towards the end of December 2022, the Company would be inducting the third aircraft under their kitty, ready for another lease in the Indian Aviation Industry.

ModAir Aviation is poised to support our Hon’ble Prime Minister’s Vision for Skill Development thru importing and leasing flight training aircraft for FTO for Pilot training, which would eventually benefit the ever-expanding Indian Aviation Sector. The fresh leash of pilots, tomorrow would also be flying for various Scheduled, Non-Scheduled Airline as well as RCS Operators for the most concentrated programme of UDAN (Ude Desh Ka Aam Naagrik).

Atul Jain, Director ModAir Aviation said “We are excited to welcome the second aircraft under our Company. We take pride in supporting our Hon’ble PM’s vision. Very soon we would be inducting our third aircraft. Currently, the Company’s concentration is on the Fight Training category of Aircraft for the Indian market by Importing, Finance and Leasing aircraft to various FTO – Flight Training Organization in India.”

Ashish Jaiswal, Chief Executive Officer, ModAir Aviation added “We extend our sincere thanks to the Government of India & the IFSC Authority for providing the required platform in the form of GIFT City, which surely proved to be a catalyst. Financing & Leasing facility has always been an outcry for the Indian Aviation sector. Earlier this, we used to glare at the facilities of the West, but not anymore now.”

ModAir Aviation IFSC Private Limited is one of the leading Leasing and Finance Companies based out of IFSC GIFT City, Gandhinagar, Gujarat. ModAir Aviation deals in the purchase, sale and leasing of aircraft from across the world thru their worldwide network. The company believes in the sourcing of aircraft at the most competitive deals so as to enable the Clients to keep the cost of acquisition to the bare minimum levels which helps to optimize the cash flow and concentrate on the other essential cost heads.

Dec 17, 2022Leave a Comment on Atul Jain, founder of ModAir Aviation announces the induction of the second aircraft under its wingsBusiness
Tags Business