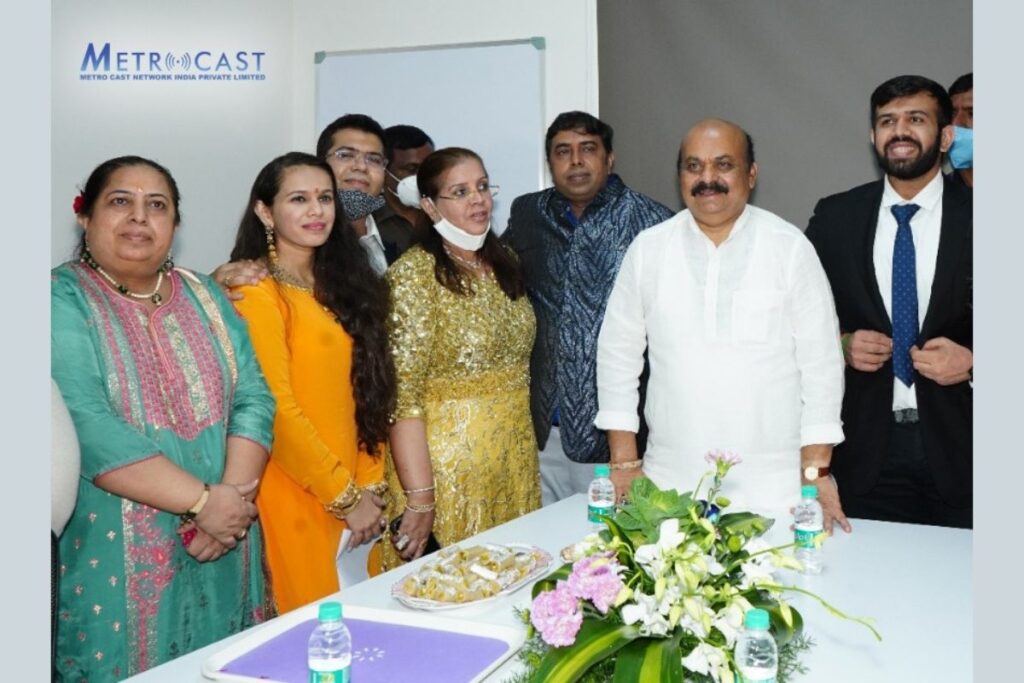 Bangalore (Karnataka) [India], November 26: Metro Cast has set a new milestone in Karnataka by providing a 1000 channel setup that will offer high-quality broadcasting of TV channels, OTT services, IPTV services, broadband services and aims to meet the highest level of customer satisfaction. Metro Cast Network India Private Limited, a Cable TV and Broadband service provider, is a parent company to multiple brands, and over the past 25 years, it has spread its reach across North of Karnataka, Maharashtra, Goa and West Bengal with over 10,00,000 Cable TV subscribers. For the last 15 years, they have provided local news in Kannada, Marathi and Hindi and are a popular customer favourite in the entire northern Karnataka, including Belagavi district, Bijapur district, Bagalkot district, Raichur district, Hubli Dharwad, Bidar, Davanagere, part of Bellari and parts of Goa.

Promoter Mr. Nagesh Narayandas Chhabria, a pioneer in the field of cable TV, has revolutionised the perception of the cable industry in our country. Under his guidance, Metro Cast has set the highest standards in the industry by always striving to provide the best. The company ideology is that every employee should be happy and growing, and only then does the company flourish. Metro Cast believes that once the bridge is built, it should stay strong for 1000 years.

Metro Cast has grown exponentially over the years, with its focus on customer experience and the adoption of the latest technology. As content is rapidly becoming a valuable commodity, they have ensured that their end-users are always a priority. They have also created an environment that promotes both ease of usage and freedom to access anything, anytime and anywhere. They consider all their stakeholders family, wherein during the pandemic, all their associates were on the field and available to provide everything they needed. Metro Cast is making waves by being the first to launch a 1000 channel setup in Karnataka. The presence of the Chief Minister at the inauguration and the support of other dignitaries helped increasing the awareness of this launch and the vision the brand stands for. This new venture is a stepping-stone in transforming the cable industry in India, and their only hope is that their customers are content with their content.