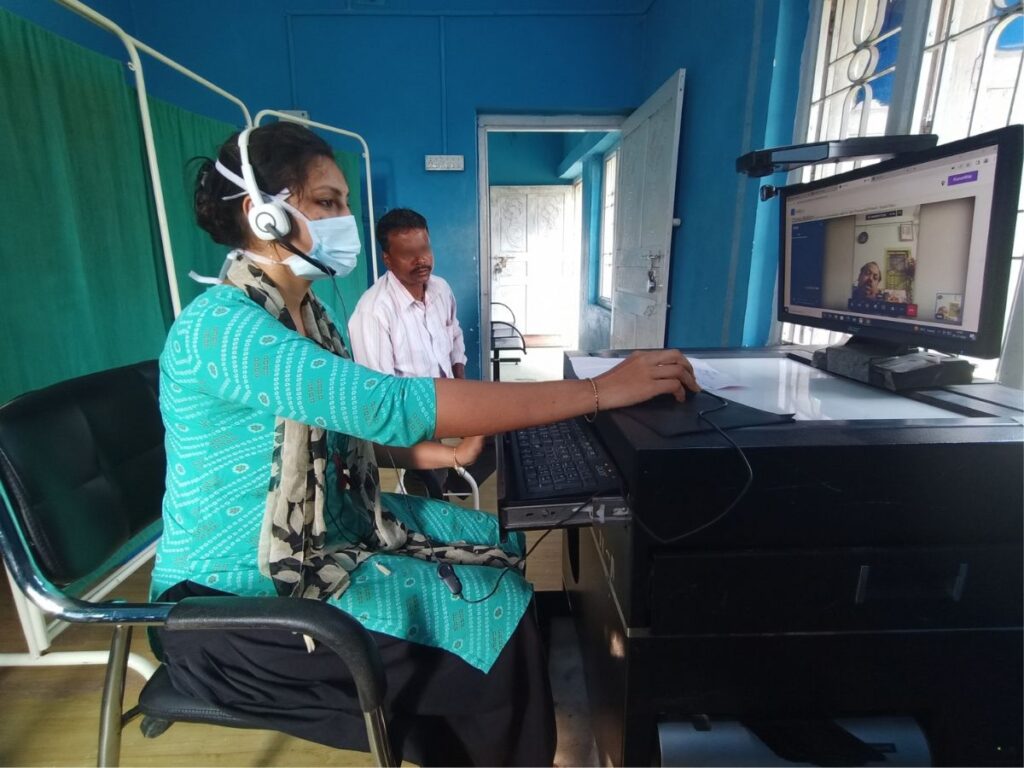 New Delhi (India), November 17: The innovative and transformational digital healthcare delivery model of Glocal Healthcare Systems, a leading technology and process-based healthcare social enterprise, is proving to be a big boon for the underprivileged, especially in remote rural regions, by reshaping the way modern and quality healthcare services is delivered and accessed by the most marginalised section of society.

Glocal’s impactful interventions have been validated by independent assessments. A study titled “Social Impact of Glocal Healthcare Systems” conducted by Sambodhi Research and Communication involving nearly 500 respondents from states of Bihar, Odisha and Madhya Pradesh, revealed that on three significant parameters of Affordability, Accessibility and Quality of Care, respondents were highly satisfied and that the popularity of Glocal Healthcare delivery model has been increasing through endorsement and positive word of mouth recommendations.

The study points out that Glocal’s transformational model has become a game changer and a big support for the national commitment of providing quality Universal Healthcare to all by 2030. It may be noted that providing quality and affordable healthcare solutions to the poorest section of society remains one of the biggest challenges and commitment for 21st century India.

The study also noted that Glocal Healthcare model strives for the efficient use of adequate healthcare resources to achieve, preserve, and protect individual health and contribute to public health with the realization of Universal Health Care by 2030.

“We exist to ensure that healthcare is available to everyone, everywhere, anytime at a price that people and society can afford. To make it happen we use technology and when needed create new technology to transform how healthcare is delivered”, Dr. Sabahat Azim, Founder and Chairman of Glocal Healthcare.

The scale of country’s healthcare challenges can be gauged by the fact that a staggering 39% of the Indian population does not have access to the requisite healthcare services. Delivering quality healthcare becomes a tougher challenge given the sharp urban-rural divide as 75% of healthcare facilities as well as 75% doctors’ population reside in urban areas while 68.84% of the national population still lives in rural areas. Covid-19 has further highlighted the gaps in the system and the chasm between urban and rural centres.

India’s doctor population ratio of 0.62 per 1000 people is also well below the WHO recommended doctor-population ratio of 1:1000. The situation is far dismal in central-eastern Indian states, especially when considering the available facilities within public sector. For instance, Bihar has the highest population served per allopathic government doctor (28391 people), followed by Uttar Pradesh (19962), Jharkhand (18518), Madhya Pradesh (16996), Chhattisgarh (15916) and Odisha (12744).

Against this challenging backdrop, Glocal’s incorporation of high-end health technologies and processes have significantly cut down operational costs and has enabled it to offer accessible, affordable, and accountable healthcare to the underserved population through telemedicine, digital clinics, and Acute Care Hospitals. Millions of previously under-served and un-served population are now availing Glocal’s digital consultations which provide access to the best of healthcare experts.

As recognition for its huge impact on the bottom of the pyramid population and digital innovation, Glocal Healthcare was conferred the Gold (top) Award in two categories – (1) Excellence in Social Initiatives and (2) Digital Innovation in Healthcare, by FICCI in the 14th edition of FICCI Healthcare Excellence Awards (2022) on 11th October, 2022.