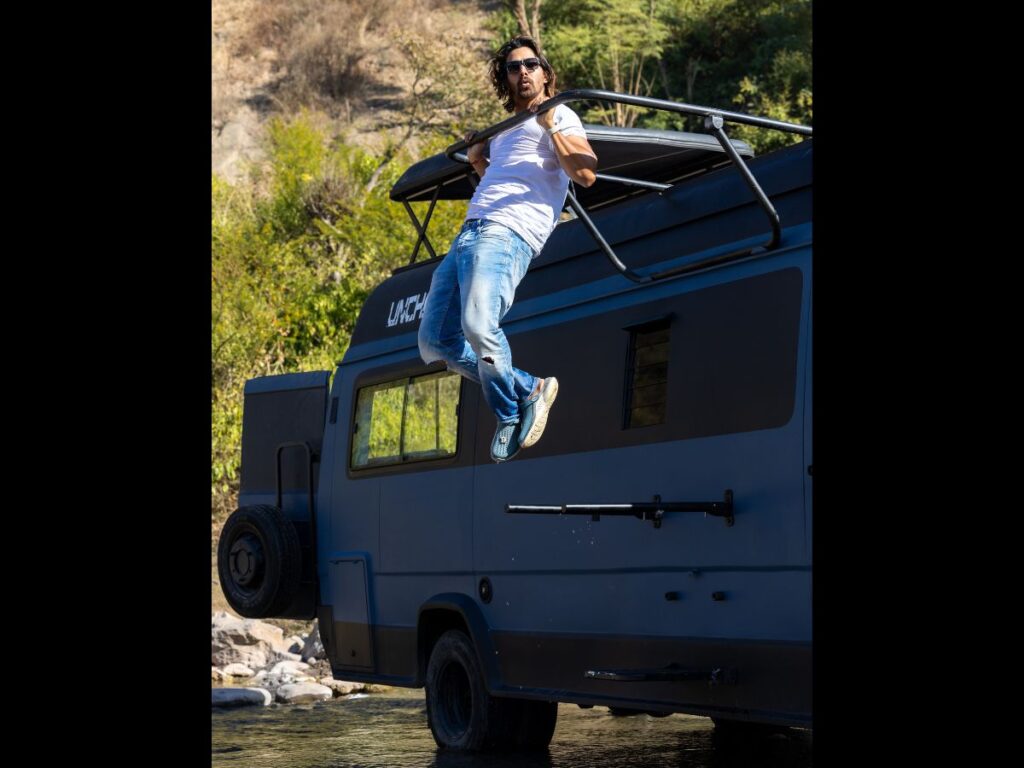 December 20: Harshvardhan Rane’s love for nature and life on the road is quite evident through his social media, and now he has taken that bond a little further by buying a new house, but with a twist. As the actor’s birthday approaches, he has planned a big move to his new home for a while.

Giving a twist to normal housing, this new purchase of Harshvardhan is actually a campervan and the actor is quite excited to take it on the road, across the scenic locations that he loves. This campervan is actually the fulfilment of his childhood dream that came to fruition after 12 years of planning and 7 months of execution.

Before this too, Harshvardhan has often taken on the road with his jeep, going to some remote locations and making the car his home. With this new dream-come-to-life of his, he is indeed promoting a nomad like minimalistic lifestyle. The actor has promised himself to live in his campervan until his upcoming film Sanam Teri Kasam 2 releases in an attempt to live a more minimalist lifestyle.

With his new home, Harshvardhan has also become the first actor in India to live in a campervan instead of a fancy house. There are many celebrities in Hollywood who have lived their best life on the road, including stars like Shailene Woodley, Will Smith, Simon Cowell, Ashton Kutcher and wife Mila Kunis, and Vin Diesel. But for the Indian film industry, it’s a first.

Meanwhile on the work front, the actor was seen this year in Tara Vs Bilal which is soon looking for its release on OTT. He has completed the shoot of Sanjay Gupta’s sports drama and is currently working on Bejoy Nambiar’s Dange, post which he will start work on Sanam Teri Kasam 2.