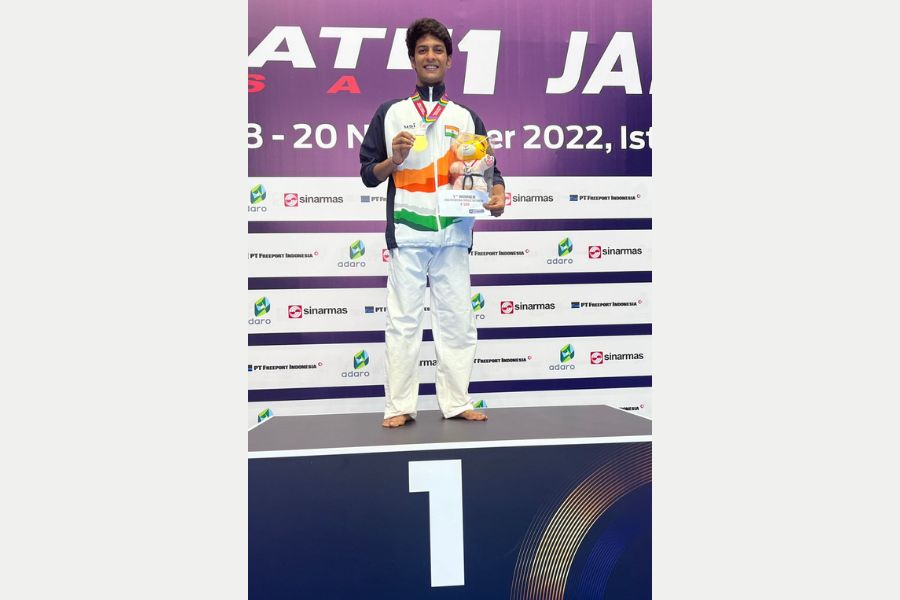 With his outstanding performance he defeated Japan, Turkey, England, Australia, Indonesia and Ukrain. This is the very first medal ever won by any Indian in World level of Karate championship. The son of famous coach and renowned Karate personality Mr. Bharat Sharma and resident of Delhi Mr. Pranay Sharma’s next dream is to win medal in Asian Games.