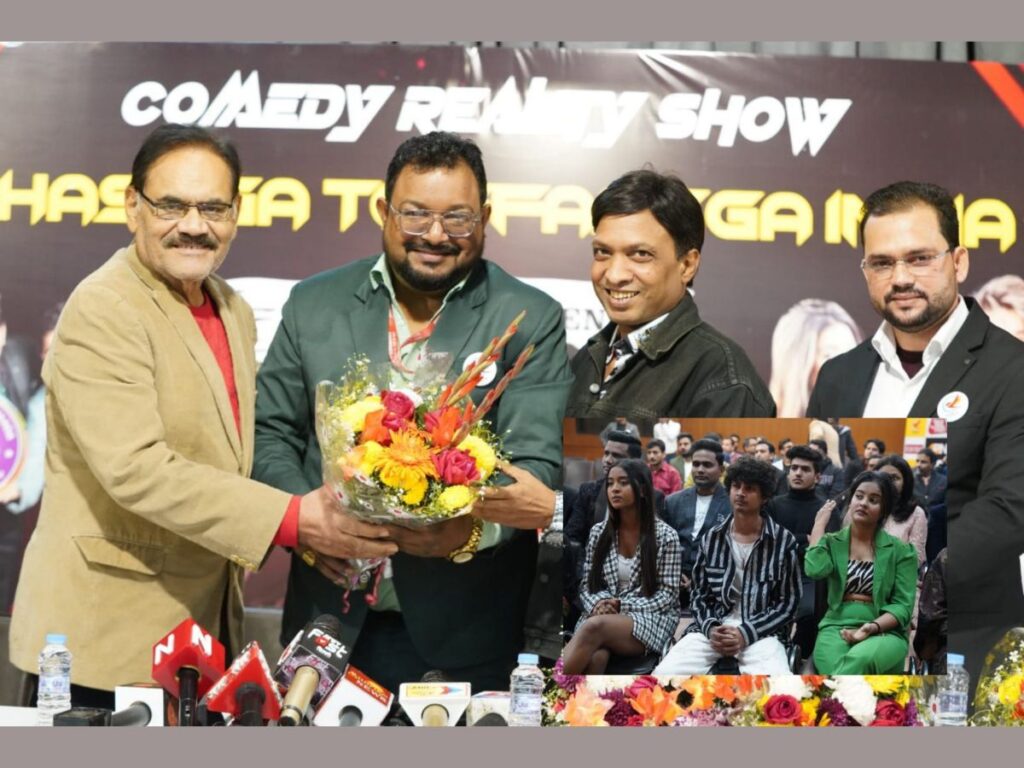 December 31: At the YMCA Program Centre, a press conference for Dreamlife Foundation’s comedy reality show “HHASEGA TO FFASEGA INDIA” was organized to know more about the show and its participants. Soon, you can watch this incredible comedy show on the VCR PLAY OTT platform. This press conference does a great job of answering concerns about challenges and adding a spice of humor for the audience at the same time. The shooting of this comedy-based reality show will start on February 23, 2023. According to their skills, the Dream Life Foundations choose a large group of contestants (20–25) who are either great actors or digital creators to rock this reality show.

Sunil Pal (a great comedian) and Mushtaq Khan (a well-known actor), who are also part of this comedy reality show, attended this press conference. They explained during the interview that the participants would be locked in a house for a few weeks, with breaks where famous comedians would make them leave the house by cracking jokes. The trick to winning is to hold back your own laughter while still eliciting laughter from the audience through actions and other comedy spices. They stated that HHASEGA TO FFASEGA INDIA would be a family-friendly show with wholesome, trendy, and incredibly entertaining elements so that everyone could enjoy it together. Thanks to all these incredible qualities and challenges, it will stand out from other reality shows.

The following are the names of the participating artists chosen for First Break Talent: The press conference attendees were Shanu, Arvind Sharma, Sarik, and Saddam Hussain. Other social media artists were present at the press conference, whose identities are as follows: Sneha Bakli, Tarun Namdev, Gungun Gupta, Deepanshu Gupta, Alisha Rajput, Gaurav Poswal, and Ritakshi Gupta participated in the press conference, which was presided over by Mr. Sanjay Kumar, the director, and writer of this humorous reality show. First Break Talent was discussed with the press by Mr. JP Anand, the founder, and president of the Dreamlife Foundation. VCR Play OTT Managing director Shri Sanjay Kumar and Shri Aman were also present.

Dec 31, 2022Leave a Comment on Press Conference of “HHASEGA TO FFASEGA INDIA” Holds An Emerging Surprise For The AudienceBusiness
Tags Business