The Journey of Harmony India’ touches the heart of Mumbai 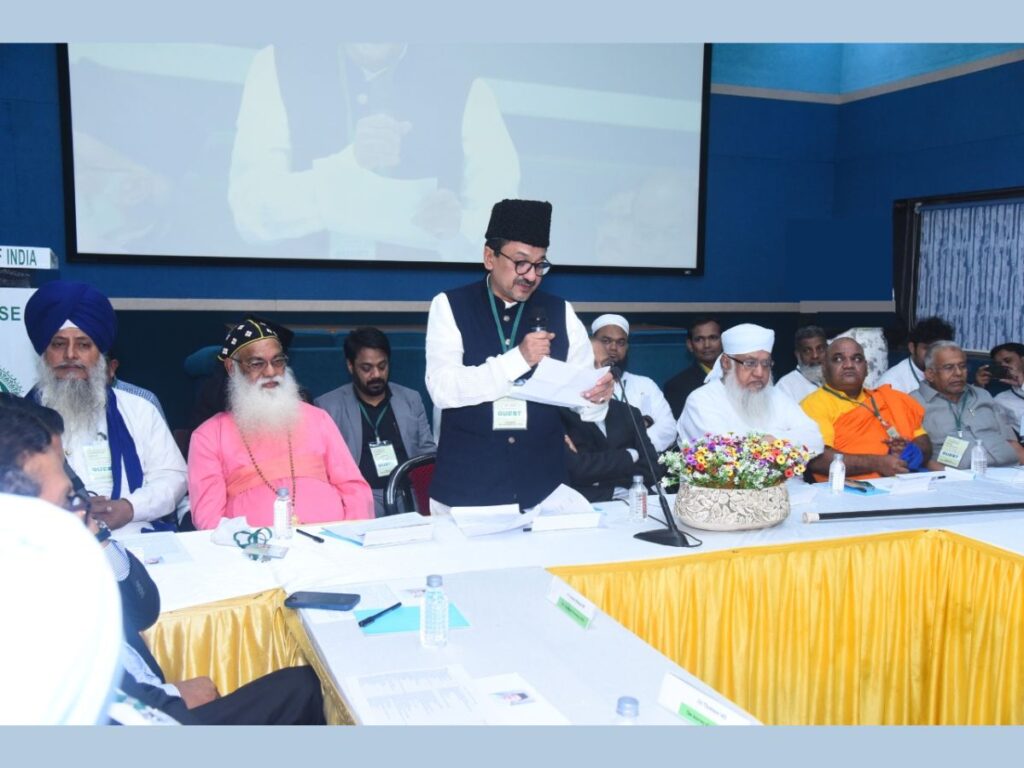 December 6: Muslim League (IUML) National Political Advisory Committee Chairman and Kerala state President Panakkad Sayyid Sadiqali Shihab Thangal hosted a harmony conference in the financial capital of the country, marking a new chapter of brotherhood. The Journey of Harmony India touched the heart of Mumbai. After friendly gatherings held in all the districts of Kerala, Bangalore and Chennai, the gathering held at The Haj House in Mumbai yesterday was marked by the participation of religious, communal, political, and cultural, leaders and artists to uphold the principles of harmony and co-existence.

Sayyid Sadiqali Thangal highlighted that the Muslim League is committed to ensuring harmony and brotherhood among communities. The Muslim League is fighting for the justice of the people in Parliament, in the courts, and on the streets by joining hands with all those who believe in democracy and secularism.

Addressing a recent meeting called by IUML at the Haj House in South Mumbai, a senior cleric and functionary of All India Muslim Personal Law Board Maulana Khalilur Rahman Sajjad Noamani said that this should have been done long ago. “We must admit that the hatred is spreading so fast because we didn’t take it seriously earlier and let the atmosphere get spoiled. It is better late than never and we must act fast now that a lot has happened,” he said.

Dec 6, 2022Leave a Comment on The Journey of Harmony India’ touches the heart of MumbaiBusiness
Tags Business