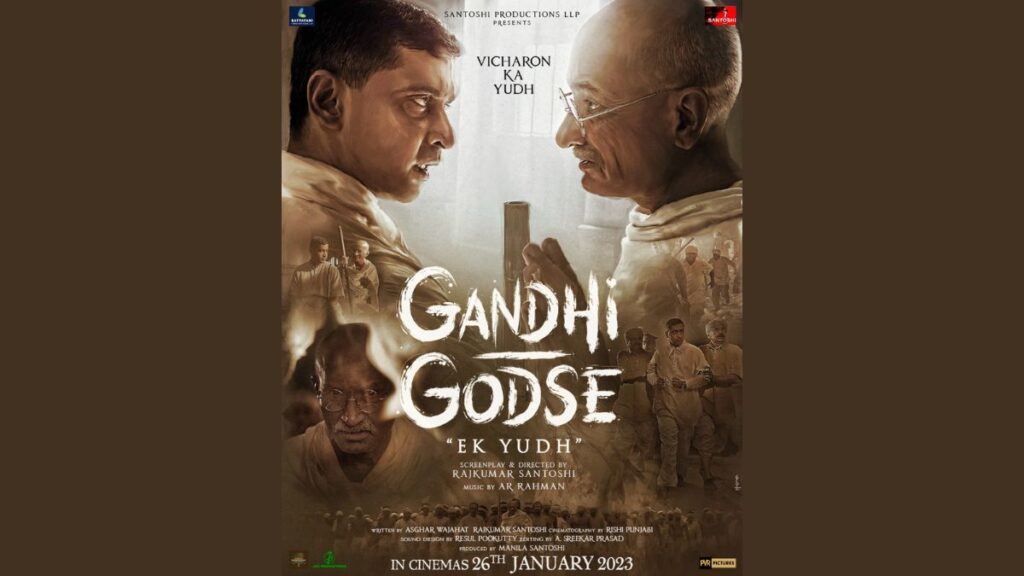 Legendary director Rajkumar Santoshi makes his comeback after 9 years with his upcoming movie – “Gandhi Godse Ek Yudh” – which tends to show a war of ideologies between Gandhiji and Godse. The role of Gandhiji has been played by Deepak Antani, and Chinmay Mandlekar can be seen as Godse in the movie. Music by A.R Rehman. This also marks the Bollywood debut of Rajkumar Santoshi’s daughter – Tanisha Santoshi.

Deepak Antani is a well-known name in Gujarati Film and Television Industry. He has been active in the industry as an actor, director, and writer for the last 30 years.

Deepak started his career as Production Assistant in Doordarshan, Ahmedabad and has been Programming Head in E-Tv (now Colors Gujarati) and consultant of many regional (Gujarati) T.V channels GSTV, Soham Tv.

Deepak is internationally known for his performances as Gandhiji, and he holds credentials in the “India Book of Records” and “Limca Book of Records” – for maximum appearances as a character (Gandhiji). His various performances and appearances as Gandhi include – theatre plays such as “Sardar Patel” (since 2004) , “Yug Purush” (2018-2019) and “MK Gandhi Hazir Ho”(since 2019); the virtual portrayal in “Walk with Gandhi” segment of Rashtrapati Bhavan museum, Delhi and “Talk with Bapu” segment of Rajkot museum; movies include–“Gandhiji My Mentor” (2016), “Mujib” by Shyam Benegal (2022), “Hamari Ba – Kasturba” (2021), Love you Pappu (2029) and now “Gandhi Godse Ek Yudh” (2023); guest appearances as Gandhiji in TvSerials – “Tarak Mehta ka Ooltah Chashma” and “Barrister Babu”; and many more Short films, Documentaries, Ad-films, virtual and vocal performances as Gandhiji.

To perform the role of ‘Father of Nation – Mahatma Gandhi’ is a big responsibility that Deepak took with utmost sincerity. He read many publications on Gandhiji and understood his ideology – which had a huge impact not only on his performances as Gandhi but also on his personal Life. This has led him to quit occasional social smoking and alcohol consumption (since 2006). It has also helped improve his personality – control anger, develop confidence, better thinking, be more spiritual, better eating habits and most of all, stay fit.

Deepak Antani is thankful to his wife and children, who have been supportive throughout his journey.

Deepak has also performed roles other than Gandhi in films, Ad-films, Serials, web series etc., and with this grand entry into mainstream cinema and he is hopeful for getting more acting assignments.