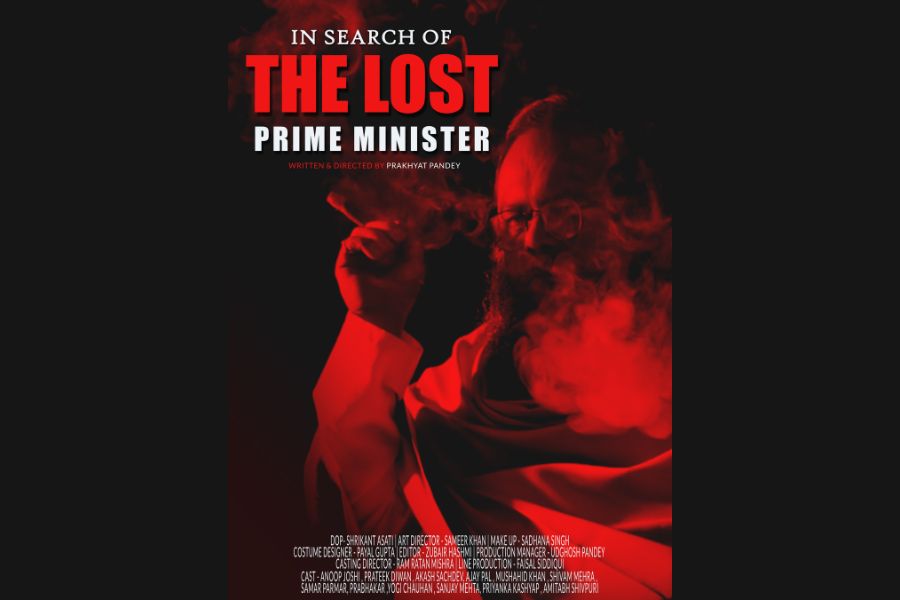 New Delhi (India), January 16: An exclusive series – The Lost Prime Minister, is launched where the history of Netaji Subhash Chandra Bose is unveiled. At a gala event held in Mumbai, The Lost Prime Minister was launched amidst the presence of noted stars of the film and entertainment industry. The series was unveiled, and the exclusive content went live on the platform at the event. The series is owned by Prakhyat Pandey.

This project was not as easy as it seemed. As it falls in the category of periodic cinema and both the eras that of the 1940s as well as 1970s were to be presented, there were relatively more requirements of resources, and many efforts have been put in by the whole team has limited resources. According to Prakhyat Pandey, he does not have an office. This is an on-field series. There was a lot of effort made during the direction for assembling the resources like location, casting, logistics etc. This series is a whole and sole production of a single-handed direction done by him. Not even a single location has been repeated in the series.

According to the director and writer of the series, Prakhyat Pandey, Netaji Subhash Chandra Bose is one of his favourite revolutionaries in history. This series is to make people aware of the fact that India got her independence because of the significant contributions which were made by Netaji Subhash Chandra Bose and Azad Hind Fauj and for the youth to recognize the real hero and the reason behind India’s independence.

Till now, there have been three commissions formed to solve the death mystery of Netaji Subhash Chandra Bose. First and foremost, the Shah Nawaz Commission, followed by the Khosla Commission headed by GD Khosla, both commonly agreed upon the plane crash theory of Netaji’s death. Even Netaji’s brother, Suresh Bose himself, was a part of the Khosla commission, but he never agreed on the conclusion of both commissions about Netaji’s death in a plane crash. He allegedly stated that the conclusions were botched. The story of this series starts with the initiative of Suresh Bose to hire a private investigator to start an investigation that could reveal the truth behind Netaji’s death mystery.

The name of the series, The Lost Prime Minister, itself suggests that Netaji should have been our Prime Minister instead of those who were made a part of the government as he has made much more contributions to the freedom of our nation than any other revolutionary like Mahatma Gandhi. There is a high need to change the narrative which is there in the minds of the people that we have got our freedom without violence as Azad Hind Fauj had attacked Kohima and Imphal, after which Indian troops in the British Army revolted against them at places like Mumbai and Jabalpur. The various movements which are considered the major reason of freedom are of relatively lesser importance in comparison to what Azad Hind Fauj has done.

Platforms on which the movie is streaming are Mx Player, Hungama Play, Airtel Xstream and VI Movies and TV.

The web series is distributed by Soul and Hearts Film. If you have any content which you want to release on OTT platforms, please email us at moviedistributiononott@gmail.com or DM us on Instagram @distributormovie